Jayne Plummer, a volunteer with the Young Carers, is the Young Charity Champion of the Year for the North East Charity Awards. The award came just after Jayne, aged 19, won Young Carer of The Year at the Best of South Tyneside Awards 2017.

Jayne, who has been a carer for her mother since the age of seven, dedicated herself to improving the lives of other Young Carer’s in South Tyneside when she turned 16.

Jayne, said: “I became a carer when my mam became really unwell. After three years searching for answers, she was diagnosed with Complex Regional Syndrome. It was then that we were put in touch with Young Carers. They changed my life and now they’re like a second family to me. There was never any doubt in my mind that I wanted to volunteer at the service to give back for all it has done for me and to help other young people who are in a similar situation. Being a carer is hard work, you rarely get time to yourself and that is why it is so vital that they get a chance to experience new and exciting things such as trips away and weekly groups, which I help out at.”

Our Summer Activity Programme is out now! 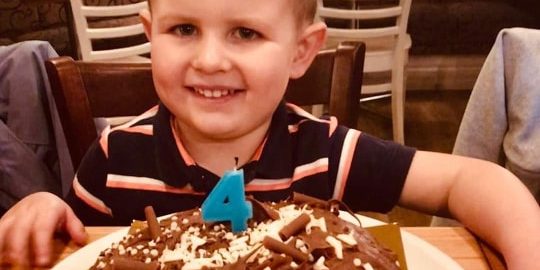 James and his family need our help!